Jose Mourinho insists his ‘diamond’ of a youngster Dane Scarlett will be a ‘first-team squad player’ next season.

The 16-year-old came off the bench during Tottenham’s 4-0 victory over Wolfsberger in the Europa League.

He dispossessed defender Gustav Henriksson and laid the ball on a plate to Carlos Vinicius who scored his second and Tottenham’s last goal of their comfortable 8-1 aggregate victory. 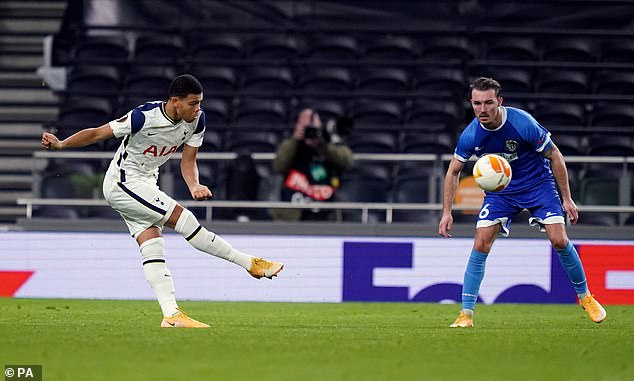 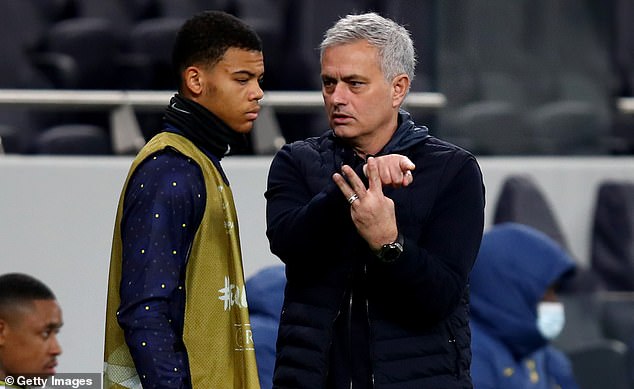 After Tottenham advanced to the last 16 of the Europa League, Mourinho said Scarlett will go on to be a ‘fantastic player’.

He said: ‘He is a diamond, a kid with incredible potential. He has worked many times with the first team and that gives him a different personality.

‘He is still 16, 17 soon and I believe next season he will be a first team squad player because he has a lot of talent.

‘He is going to be a fantastic player and I hope everything around him goes well. He is a striker, a number nine, I have been playing him from the sides similar to Marcus Rashford and is very clever.’

It was a busy nine-minute outing for the teenager who also appeared in the Europa League this season against Ludogorets, as well as a late substitute during a 2-0 victory over West Brom earlier this month.

Dele Alli scored the opener for Tottenham in their victory over Wolfsberger with an excellent overhead kick.

Mourinho also handed first-team debuts to youngsters Marcel Lavinier, 20, and Nile John, 17, who also came on late in the second-half. 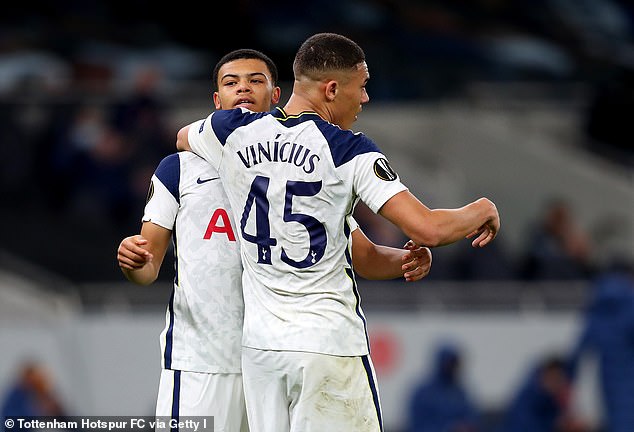 February 10, 2021
On first glance, there is little more Gennaro Gattuso could be doing to call his time at Napoli a success.Hot on the heels...

European football’s Covid mess: How are English clubs affected in both...