The commanding centre-back pulled up in Chelsea’s 1-0 win at Tottenham and then missed Sunday’s 2-1 victory at Sheffield United. 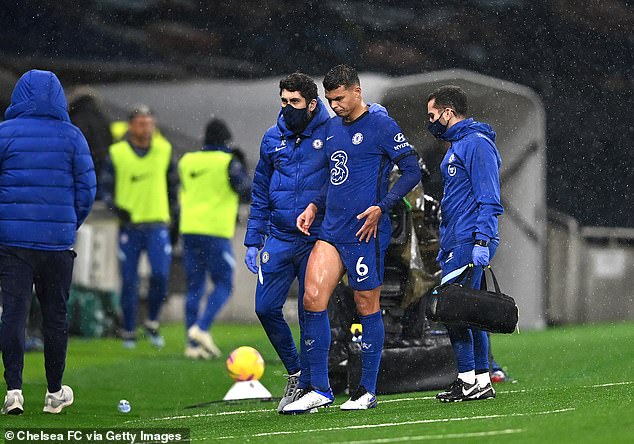 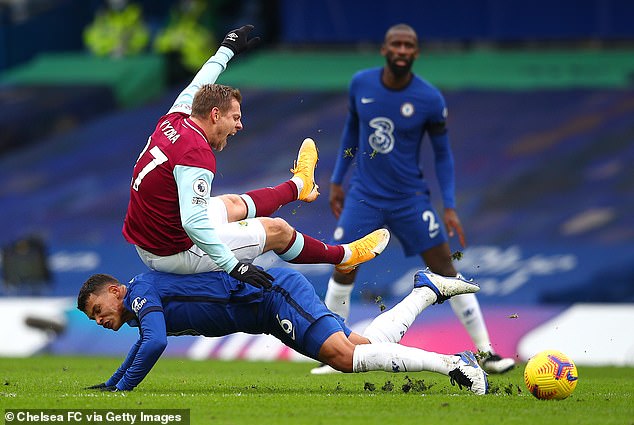 Tuchel’s latest update on the decorated defender’s recovery suggests Silva could yet be a doubt for Monday’s Premier League clash with Newcastle at Stamford Bridge.

‘Thiago’s out; he’s feeling better and better all the time and he’s getting a lot of treatment,’ said Tuchel.

‘I know him very well from the last few years together at PSG, so we can all be absolutely sure that Thiago’s spending absolutely every minute available to speed up the process of healing.

‘But it takes its time, it’s a muscle injury, we cannot force it; we cannot pull the grass to make it grow faster. That’s how it is with muscle injuries, so he’s out for Barnsley for sure.’

Morocco winger Hakim Ziyech will start at Barnsley as Tuchel rotates resources and hands a number of fringe players the chance to impress.

Chelsea’s new German boss believes Ziyech has needed time to adapt to Premier League rigours after his summer switch from Ajax, but backed the 27-year-old to meet that challenge.

‘He’s had a good training week and we count on Hakim like everybody else, there’s absolutely no doubts about that,’ said Tuchel. ‘For me it’s clear he needs to adapt to this kind of football, this kind of league. 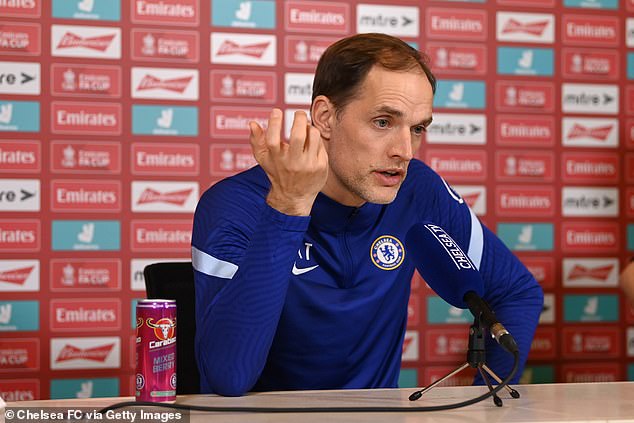 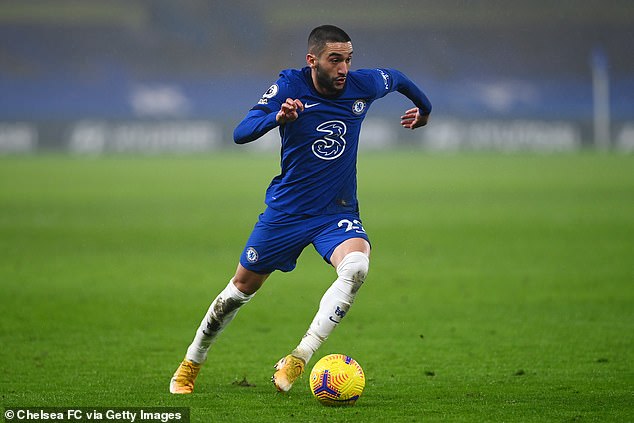 ‘He proved that with Ajax and of course we want to push him to the same level of performance that he showed there, and this is our job.’

Declan Rice has his sights set on England captaincy after being...

AHEAD OF THE GAME: Premier League plot for return of fans...