Ferland Mendy has insisted he and his Real Madrid team-mates are with manager Zinedine Zidane ‘to the death’ after doubts over his future this season.

A lack of consistency in La Liga, a semi-final defeat by Athletic Bilbao in the Super Cup and an early exit from the Copa del Rey raised question marks over Zidane’s management.

But in an interview with Marca, Mendy spoke out in support of his manager and said the squad are not taking any notice of the negative reports. 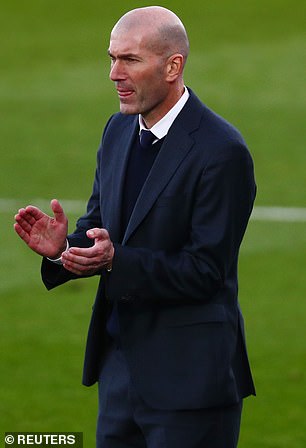 ‘I don’t read much, to be honest. I’m with Zidane to the death and we’re all with him, truly.

‘He seems relaxed. But we don’t really take notice of what people are saying.’

Zidane lost his temper in a press conference earlier this month, calling for more respect when asked by one journalist why his tone was ‘defensive’. 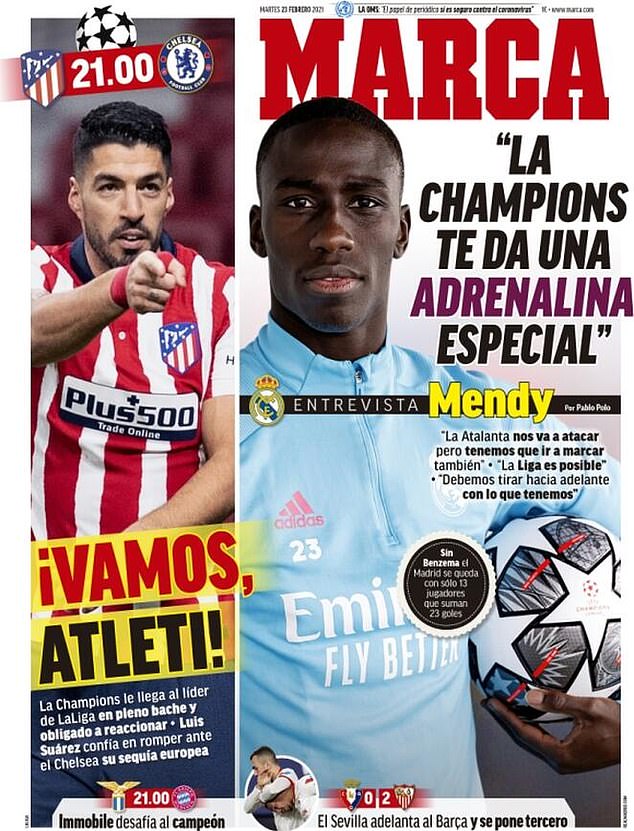 In an interview with Marca, the left-back said the players do not take notice of the negativity

He replied: ‘Are you being serious? Every day at home I’m hearing that I’m out. You know it because you’re the first [to be saying it].

‘So what are you saying? That I’m defensive when everyday I’m hearing that I’m out.

‘We won the league last season not 10 years ago! It was last year. So [we just need] a little respect. It makes me laugh.’

Mendy, who joined Real in 2019, admitted he had been ‘shocked’ by the intense criticism that comes with playing for one of the biggest clubs in the world.

He added: ‘To be honest, it has surprised me. I didn’t think it was going to be so demanding. 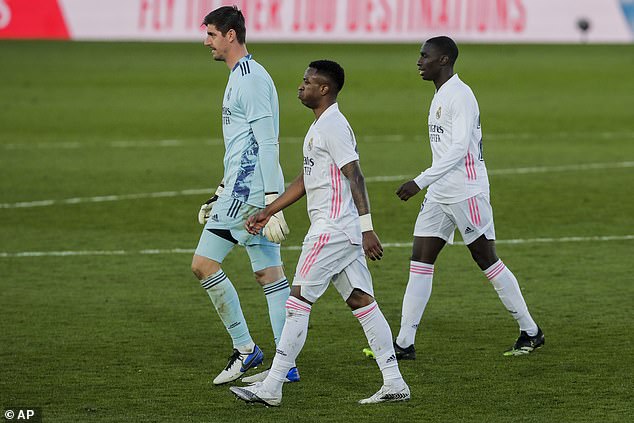 ‘I knew that you always had to win, but the criticism… Although sometimes I don’t understand what they’re saying, there’s always a tonne when there’s a defeat.

‘If you lose, they exaggerate, and that’s shocked me, to be honest.’

Real’s 1-0 victory over Real Valladolid cut Atletico Madrid’s lead at the top of La Liga to three points but Diego Simeone’s side still have a game in hand.

Zidane’s men take on Atalanta in the first leg of the Champions League last 16 on Wednesday. Real will be expected to progress to the next round after a disappointing exit to Manchester City last season.

Barcelona’s Philippe Coutinho may not play again this season as they...