By Chris Wheeler for MailOnline

Dan James says he has learned from his problems at Manchester United and never ‘stuck his head in the sand’ to avoid them.

The Wales winger made a flying start to life at Old Trafford following a £15million move from Swansea in the summer of 2019, but tailed off in the second half of last season.

James continued to struggle in the first half of this campaign, making as many appearances for his country as he did for his club before the turn of the year. 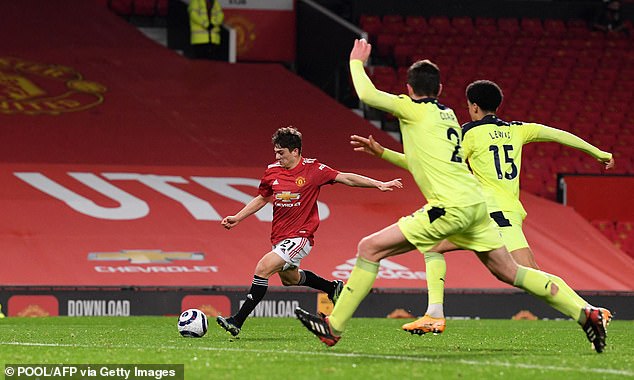 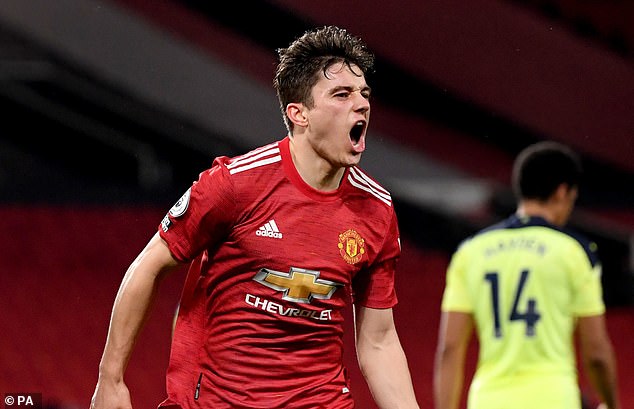 However, he has scored on his last three appearances and been particularly effective in the wins over Real Sociedad and Newcastle over the past week.

The 23-year-old is set to keep his place in Thursday night’s Europa League tie against Sociedad at Old Trafford with United 4-0 ahead from the first leg.

Explaining how his United career has panned out, James said: ‘I played a lot last season, more than I expected coming in. I wouldn’t say it surprised me, I’ve worked very hard to get into this position. At the start I was playing out of enjoyment and excitement, I was so happy to be here.

‘Through life you got through difficult patches. Every player has been through it, and it’s about not sticking your head in the sand. It’s about reflecting and learning every single day, which I feel like I have, and trying to get back to the form at the start of last season. 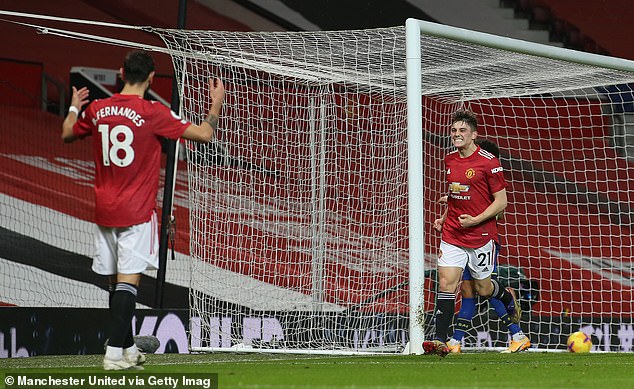 ‘I like to think I’m on a good pathway for it. I’ve still got so much to learn and I’m learning every day. The gaffer and the coaches are always speaking to me, it’s just about doing the right thing all the time.

‘I think it’s been a learning one for me. It’s been time to knuckle time get stuck in in training, reflect on things and that’s what I’ve done. I’ve been reflecting every day to get back to where I want to be.’

James puts his improvement down to getting back to what he does best rather than trying to model himself on other players. 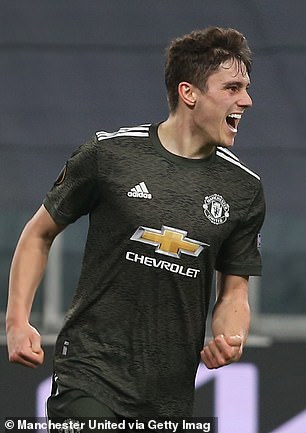 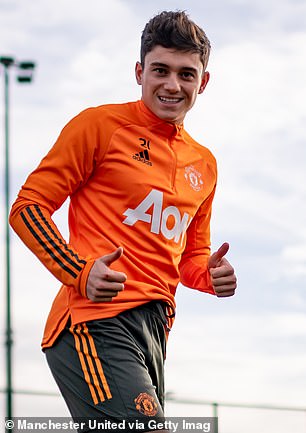 ‘Over the season it’s about learning from the players in my position and the coaches as well and the gaffer,’ he added.

‘I think what came away the most is being myself. I’ve got to take a leaf out of everyone’s book, but ultimately be myself. I’m a different forward to all the forwards here, in a good way.

Tottenham and Borussia Dortmund ‘front-runners for Dean Henderson if he leaves...