Kylian Mbappe records incredible top speed of 22.4mph as he sprints from his own six-yard box to finish brilliant PSG counter-attack in just 11 seconds during win over bitter rivals Marseille

Kylian Mbappe recorded an incredible speed of 22.4mph as he ran from his own six-yard box to finish off a Paris Saint-Germain counter-attack against Marseille on Sunday night.

The 22-year-old, who was ranked as the fastest player in the world last year, marked his 150th appearance for the French champions with a memorable goal in the ninth minute.

Starting from almost his own goal-line, the forward ran the length of the pitch in 11 seconds to score his 16th goal of the season. 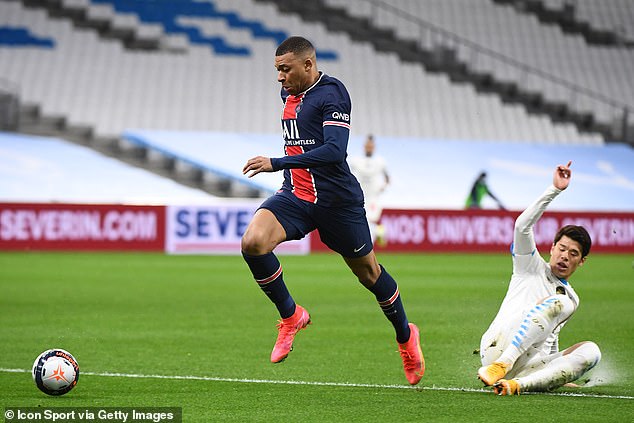 Now that is a superb counter-attack from the visitors ¿¿ pic.twitter.com/5w9UwTt99m

Mauro Icardi cleared a Marseille corner out to Marco Verratti, who then headed the ball back to Icardi.

The striker then flicked the ball to Angel Di Maria. The Argentine carried it for a few yards before noticing the sprinting Mbappe on his left.

Di Maria then released the forward who evaded an attempted tackle from a Marseille defender to slot the ball beyond goalkeeper Steve Mandanda. 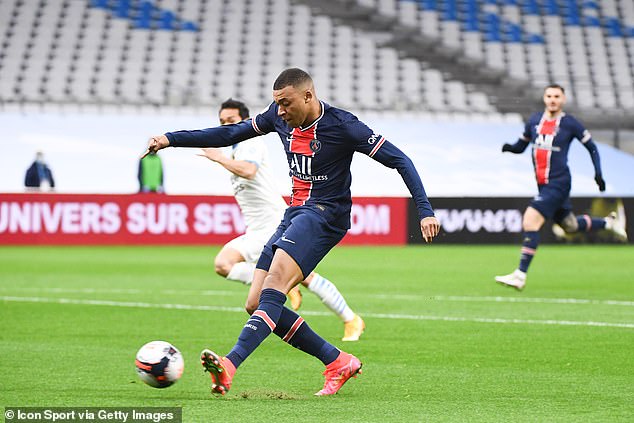 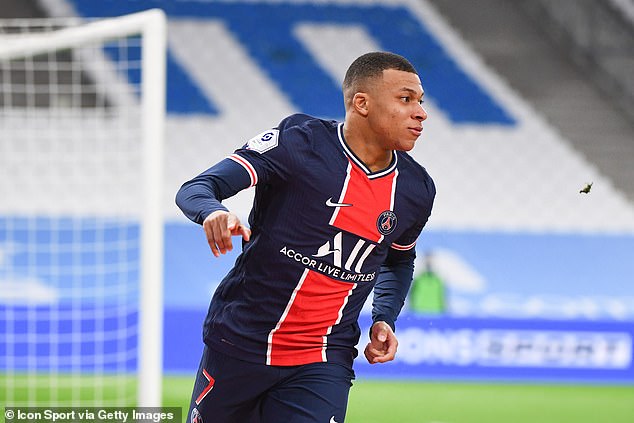 A 24th-minute goal from Icardi gave PSG a vital 2-0 win to keep them firmly in the title race with leaders Lille and second-placed Lyon.

French newspaper Le Figaro named Mbappe as the fastest player in the world in April 2020, with Athletic Bilbao’s Inaki Williams second on the list with a speed of 22.18mph.

Mbappe’s goal demonstrated just why he is one of the most wanted player’s in world football.

The forward is yet to sign a new contract at PSG and has been heavily linked with a big-money move to Real Madrid.

His current deal expires in 2022 but there is hope the France international will commit his future to the club for at least another two years. 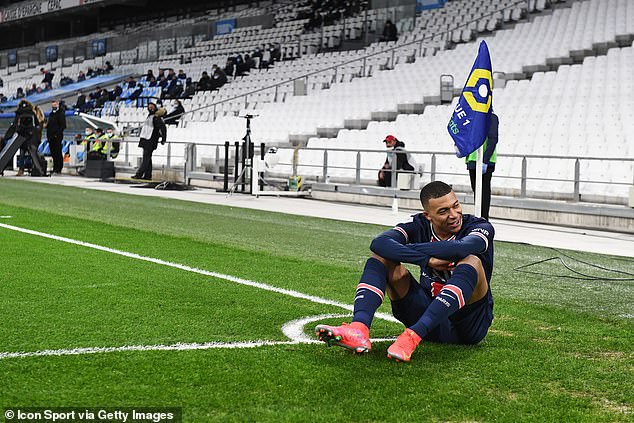 The latest reports from AS claim Mbappe could sign a contract that includes a clause which would enable him to eventually join Real for a specific fee.

The La Liga champions are currently enduring financial difficulties relating to their wage bill but Mbappe is said to be prepared to wait for the situation to improve before making a switch to Spain.

The striker has won nine trophies at the Parc des Princes and has scored 108 goals in 150 appearances since joining the club in 2017.

February 25, 2021
When Borussia Monchengladbach were drawn with Manchester City in the last-16 of the Champions League, the Bundesliga side probably fancied their chances of...

Chelsea star Tammy Abraham ‘is NOT interested in discussing a new...