England are in danger of becoming the kind of team that falls the wrong side of the fine margins when it matters. Just seven months away from a major summer tournament, it is not a good look.

Gareth Southgate’s side were easy on the eye against Belgium here. They passed the ball well and looked sporadically dangerous. Once again, Aston Villa’s Jack Grealish stood out as England dominated the final hour of the game.

Belgium, for their part, spent long periods of the second half in particular without the football and as such created or threatened very little. 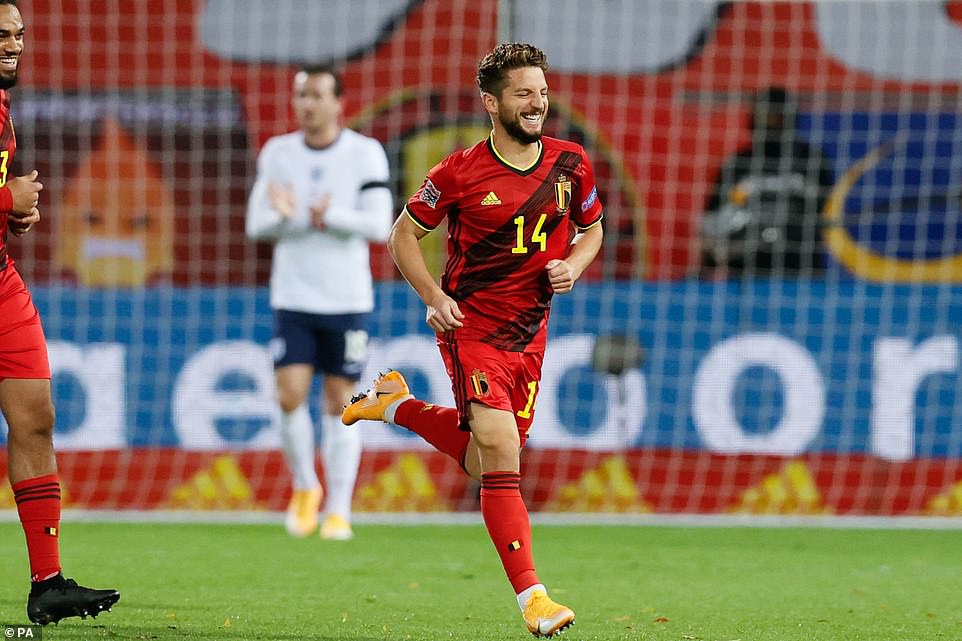 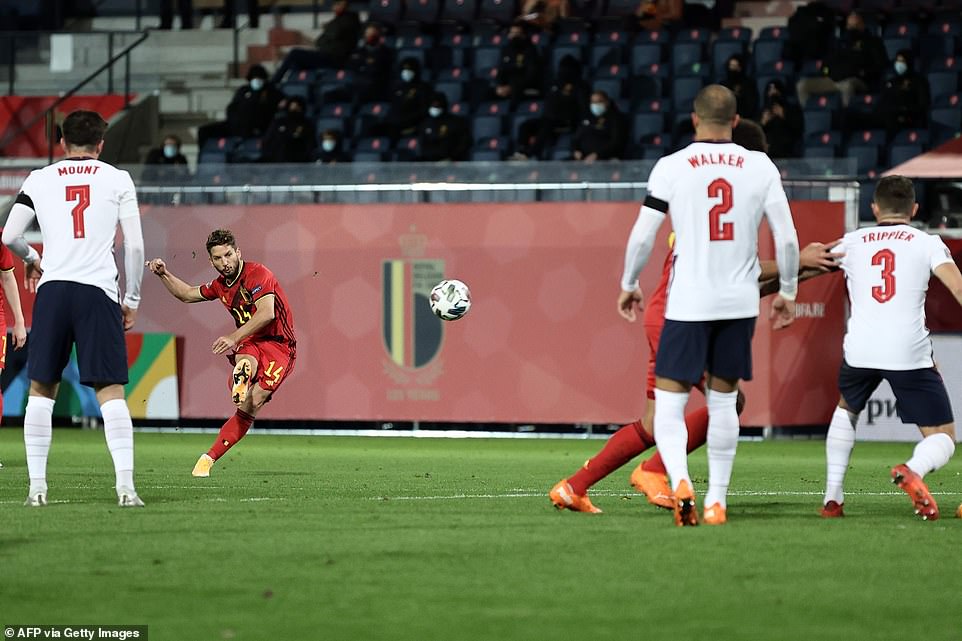 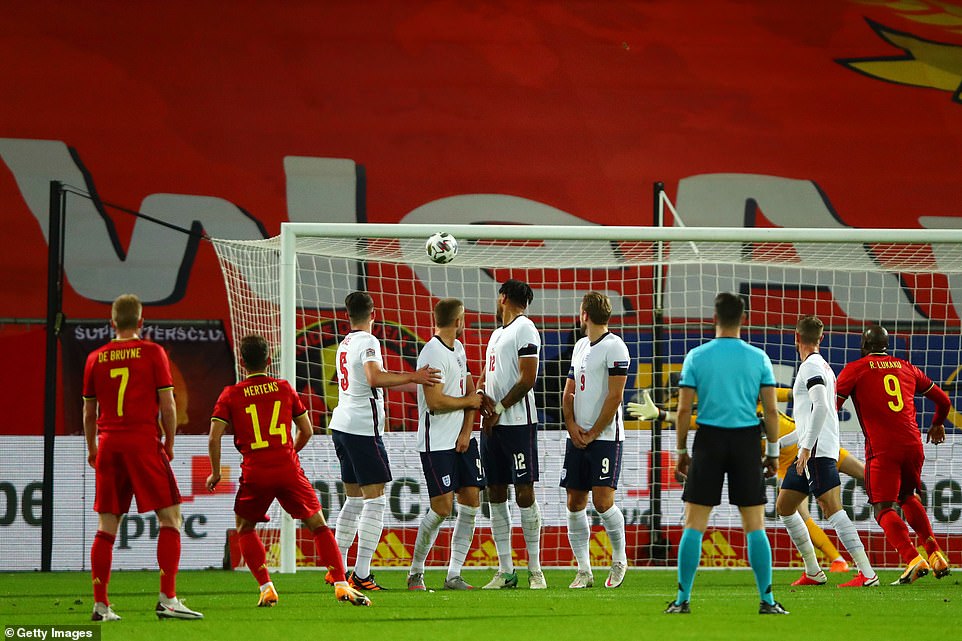 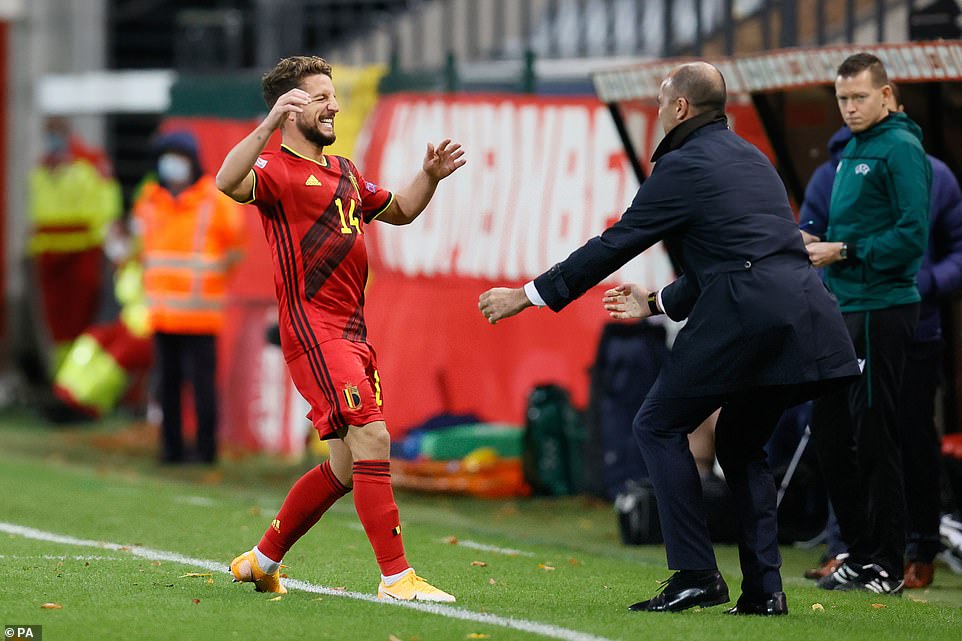 But still England lost 2-0. Following on from a 1-0 home defeat to Denmark in their last Nations League game, it means their participation in the group is essentially over with a game still to play and for a team with supposed hopes of winning next summer’s European Championships, that must be a worry.

England fell behind early when they hosted Belgium at Wembley in October and recovered to win.

Much was made of that victory against a team ranked number one in the world. But anybody who saw the way the game played out knew that Southgate’s team had been lucky.

Here they were in arrears again – Leicester’s Youri Tielemans scoring – within ten minutes and could not turn the game around.

The excellent midfielder Dries Mertens added a second first half goal for Belgium with a free-kick but England will travel home knowing that they had contributed to their own difficulties and this a problem that is now threatening to become a damaging habit.

The defeat to Denmark that immediately followed that win over Belgium a month ago is the one that has really cost England and came about because they lost Harry Maguire to a red card and then conceded a penalty. It was a loss to be placed in a file labelled ‘self harm’ and last night was more evidence for the same envelope.

Here England were comfortable for the opening ten minutes – Harry Kane swinging one shot narrowly wide from distance – but then gave the ball away cheaply and were immediately punished.

Tottenham’s Eric Dier was the culprit. His ball from the edge of his own penalty area was too tight towards Mason Mount and when Jan Vertonghen intercepted England were in a little bit of trouble.

There was still much to do for Belgium but they come in to their own in these situations. They have players who can move the ball quickly and in to the right spaces. On this occasion it was Romelu Lukaku who made the decisive play, poking the ball through to Tielemans who scored low from 22 yards with a laser-like right foot shot. 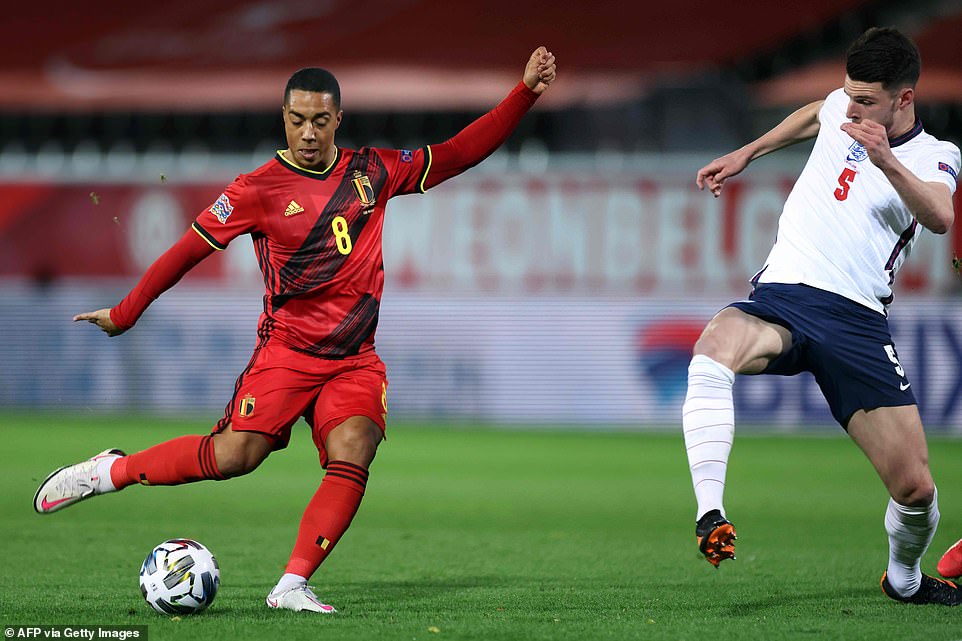 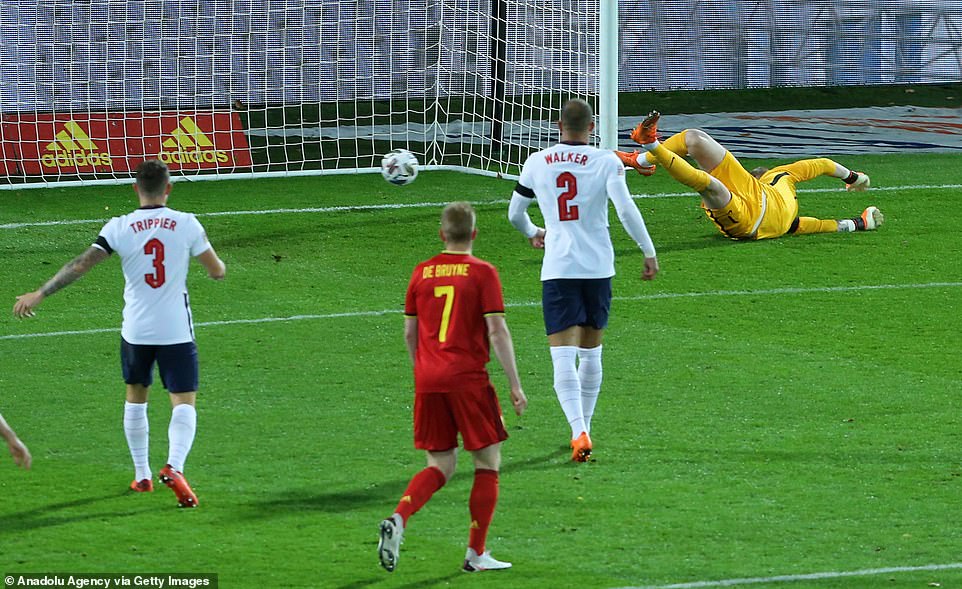 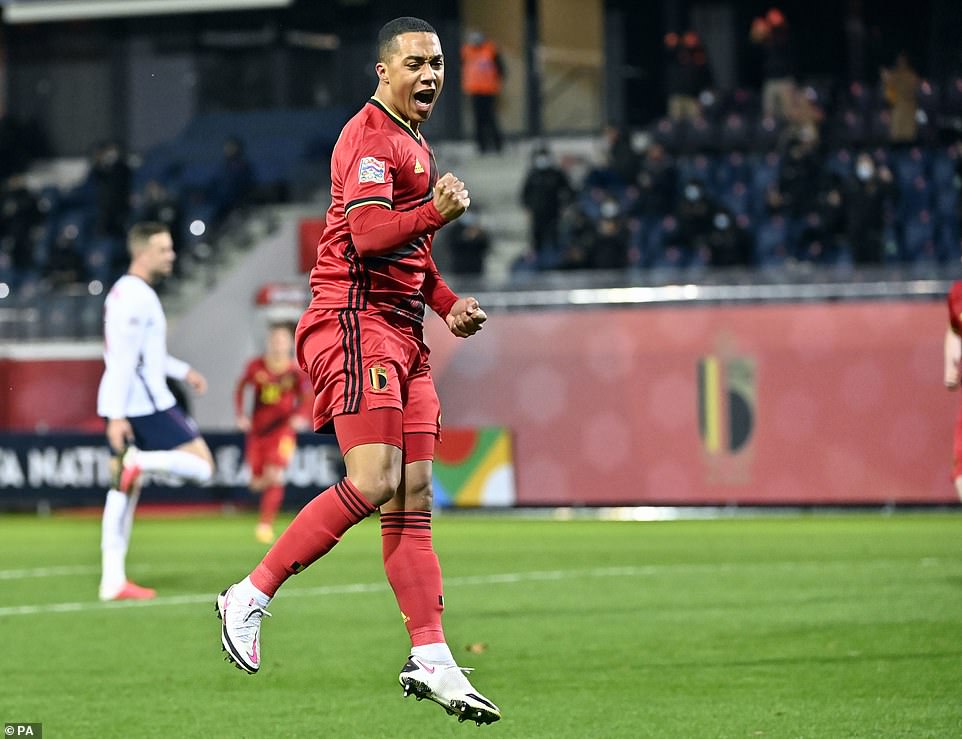 It was not a time to panic for England and they kept their poise and gently pressed forwards.

Lukaku did wonderfully to head a Kane header from the goal line just a minute after providing Tieleman with the assist and there were other glimmers of hope for England too as Grealish in particular drifted across the field looking for, and finding, pockets of space.

Sadly, though, Southgate’s team were two goals down by the time they could think of finding a way back.

The decision by the Dutch referee to call a foul against Declan Rice in the 24th minute was wrong. Rice nicked the ball away from Kevin de Bruyne cleanly. But the failure of half the England wall to jump as Mertens curled his shot over the top of them was criminal. Jordan Pickford in the England goal could no nothing as the Napoli player beat him to his right.

That felt like a definitive moment in the game and so it turned out. 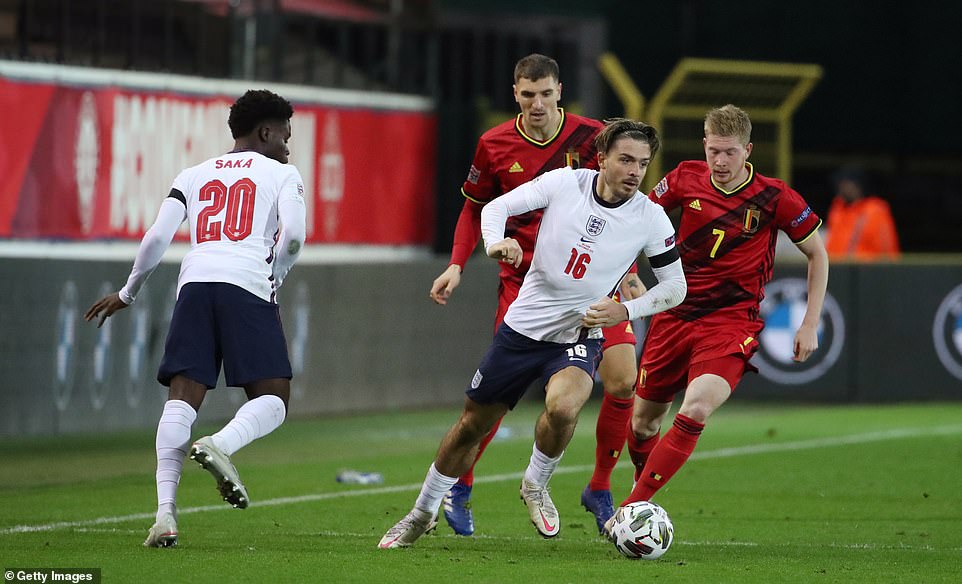 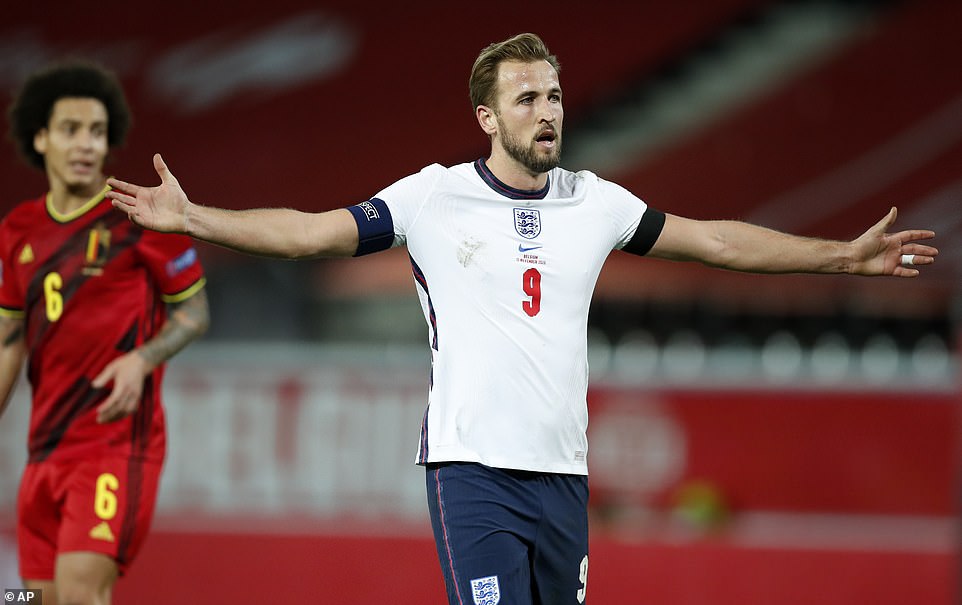 There is much talk about England’s 3-4-2-1 system at the moment and in particular whether it deprives the team of an extra creative player required to unpick top defences. It’s a valid debate and one that will run throughout the winter.

Nevertheless, teams that make mistakes, that give good opponents encouragement, will never win tournaments no matter how good the coaching or tactics.

The frustration last night was that Belgium were not superior over the course of the game. They were not technically better, were not more aggressive or faster. They were just more clinical, more assured when it mattered.

England never looked out of things in the second half. There was always a feeling that a goal for the away team could alter the shape of the contest fundamentally. For sure, England missed the pace of injured absentees Raheem Sterling and Marcus Rashford but Grealish worried Belgium with his wonderful directness. His progress over the last week has been great to see. 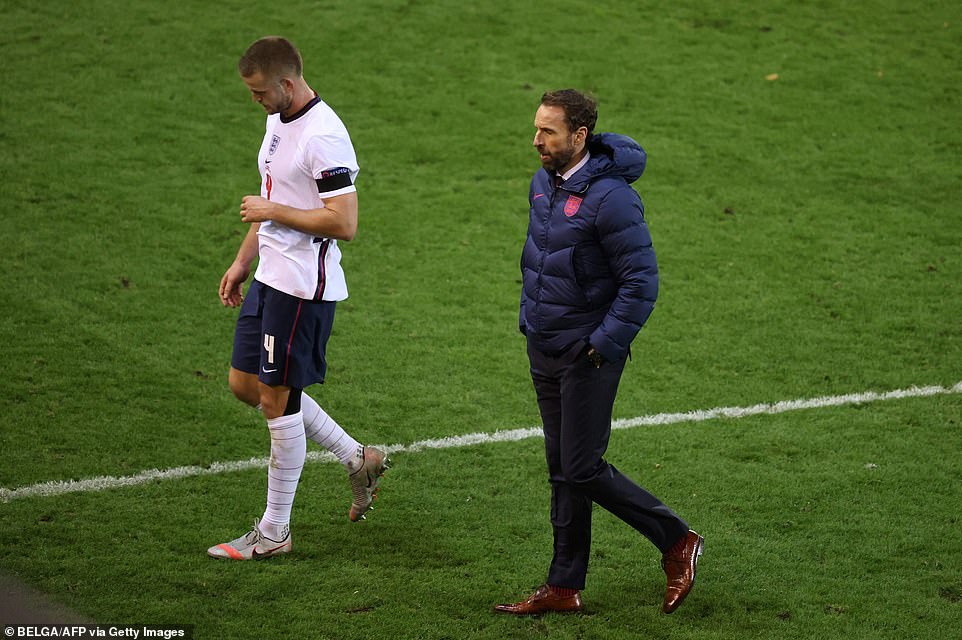 There were half chances. One for Kane – saved by Thibaut Courtois – after a lovely Mason Mount flick and one for Grealish that was curled over. There were two free-kick opportunities, too, but both were horribly taken by Mount and Kieran Trippier.

Late on Lukaku could have extended Belgium’s lead. He was denied brilliantly by Pickford and then fizzed a shot wide when he should have passed to De Bruyne.

A third goal would have felt wrong but equally would have underlined the salient point. This England team has a problem with their street smarts at the very top level and, worryingly, only have friendlies between now and next summer to sort it all out.

Scroll down to see how it all unfolded on Sportsmail’s live runner.

March 1, 2021
The opening ceremony for the new training centre in Rukhi, north-west...

Manchester City on brink of signing Fluminense starlet Kayky in deal which...